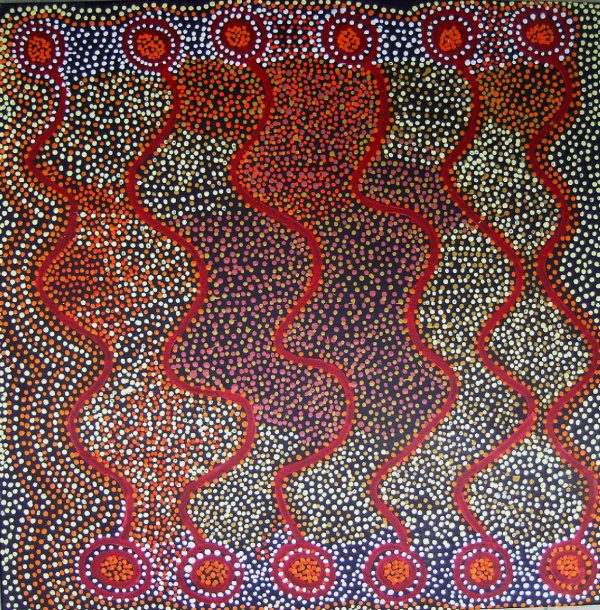 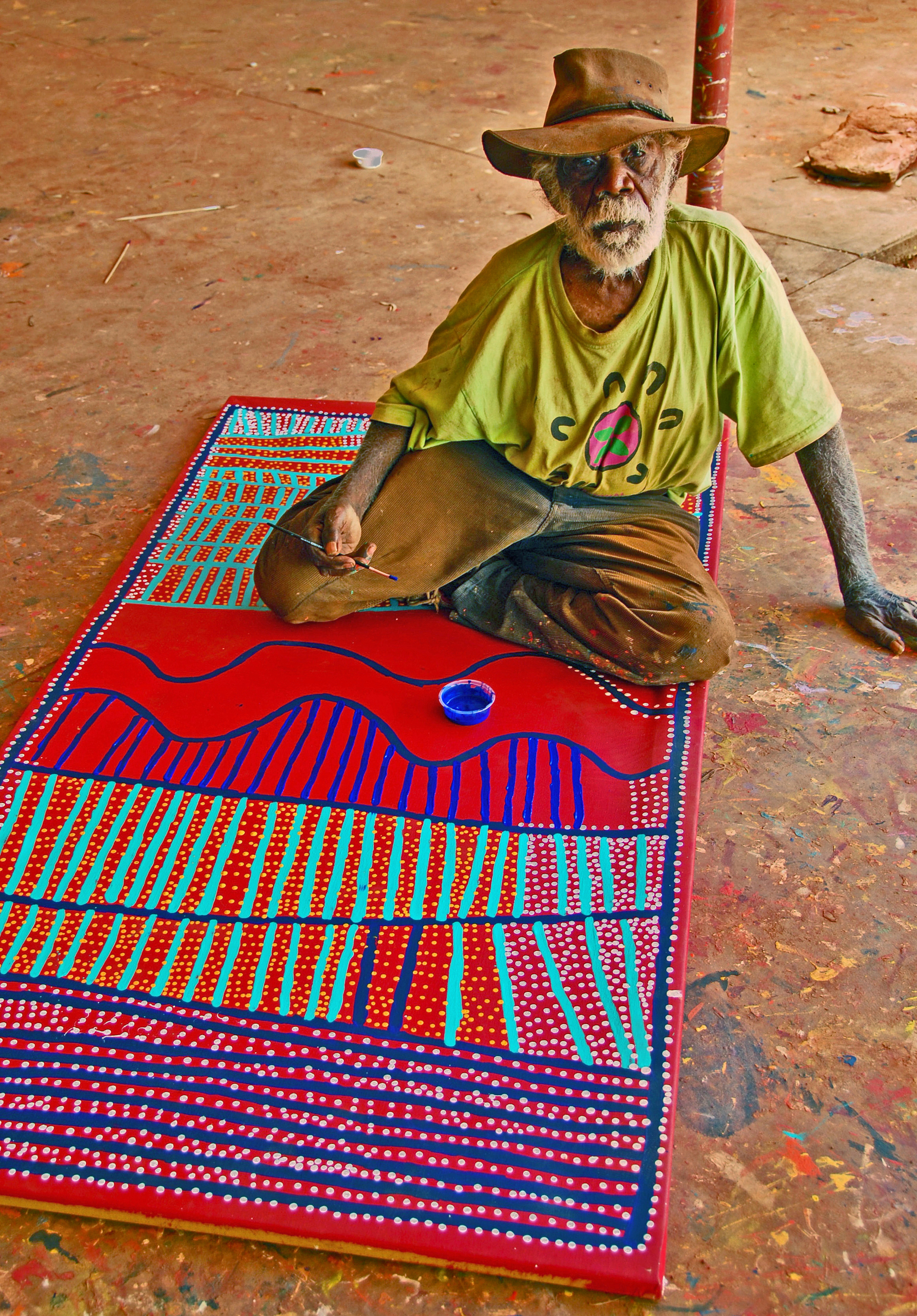 The site depicted in this painting is Puyurru, west of Yuendumu. In the usually dry creek beds are water soakages or naturally occurring wells. Two Jangala men, rainmakers, sang the rain, unleashing a giant storm. It travelled across the country, with the lightning striking the land. This storm met up with another storm from Wapurtali, to the west, was picked up by a ‘kirrkarlan’ (brown falcon [Falco berigora]) and carried further west until it dropped the storm at Purlungyanu, where it created a giant soakage. At Puyurru the bird dug up a giant snake, ‘warnayarra’ (the ‘rainbow serpent’) and the snake carried water to create the large lake, Jillyiumpa, close to an outstation in this country. This story belongs to Jangala men and Nangala women. In contemporary Warlpiri paintings traditional iconography is used to represent the Jukurrpa, associated sites and other elements. In many paintings of this Jukurrpa curved and straight lines represent the ‘ngawarra’ (flood waters) running through the landscape. Motifs frequently used to depict this story include small circles representing ‘mulju’ (water soakages) and short bars depicting ‘mangkurdu’ (cumulus & stratocumulus clouds). 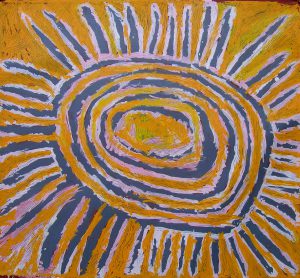 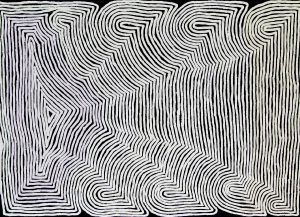 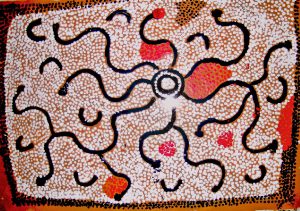 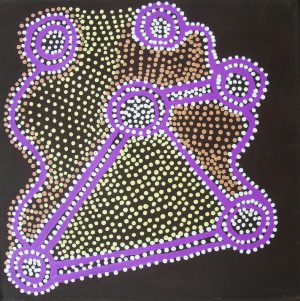 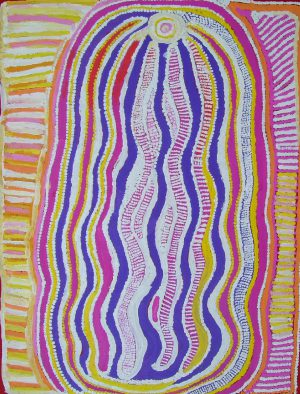