Dinny Nolan was one of the important male painters contributing to the commencement of the contemporary Aboriginal Art movement which began at Papunya in 1971.
He is a Walpiri/Anmatyerre law man a major Dreaming subject (Totem) of whom is Bush Onion.
This dramatic painting reflects sacred ‘sand paintings’ that broadly inform many contemporary Aboriginal artworks especially those painted by initiated men and women from traditional Central Australian community locations and surrounds.
It closely resembles a “Wamalu” artwork – also by Dinny – which is his creation of an actual ‘sand painting’ on timber board using the flowers (Wamalu) from a seasonal desert plant used in sacred ceremony for thousands of years, honoring the same subject: Bush Onion Dreaming. Refer PGPT025. 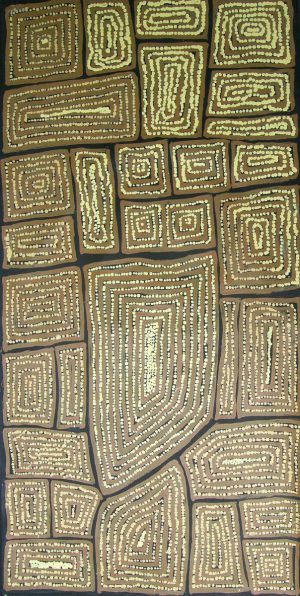 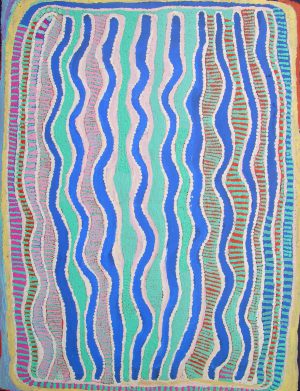