Dolly was born at a permanent (living) waterhole called Kurtal in the Great Sandy Desert.

As a girl Dolly was ‘promised’ to Ngilpirri Spider Snell as was Aboriginal custom. They were later married and had two children and many grandchildren, one of whom is Tom Lawford who stared in the recent documentary ‘Putuparri and the Rainmaker’

Dolly’s painting are about the Jila (water-holes) that has been central to her life.

In 2004, while our oldest daughter was living in Fitzroy Crossing researching her book ‘New Legend History of Law and Culture in the Kimberley’ she got to know Dolly well. I asked my daughter if Dolly would paint me a painting. This painting is among our collection. 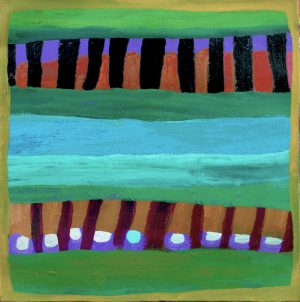 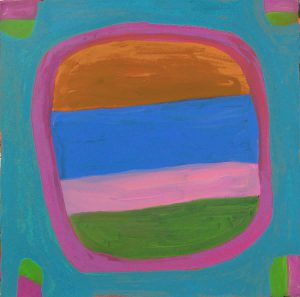 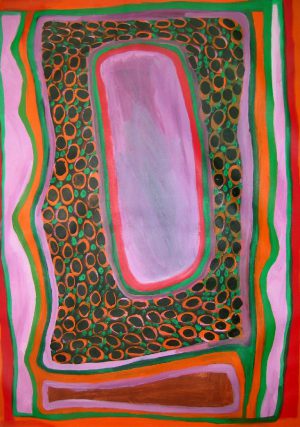