Barney Ellaga was an Aboriginal artist born around 1039 and passed away in 2015. His country was Alawa country on the western side of the Gulf of Carpentaria in southern Arnhem Land in the Northern Territory.

His main totem was King Brown Snake, which he infers by using an unusual brushwork method mimicking snake skin. He often incorporates a lagoon or water mass as he would have been familiar seeing in the wet season in his country. 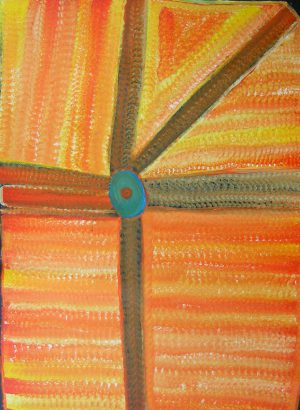 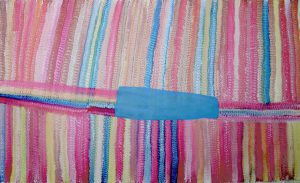