Alan is a senior Aboriginal law man from the north eastern Kimberley region of Western Australia. He is the elder of the Mirrima Community.

Alan has spent a great deal of his life working on cattle stations in the Kimberley and so in his artworks there are painting that describe in an abstract form the significant places of his country, and paintings for which he has become renowned which depict in figurative form, corroborees with many small joyous figures dancing. Sometimes he paints large herds of cattle. 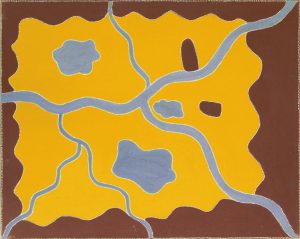