ORDER ONLINE OR CALL US ON +61 (0)7 4059 2300
Open panel
Your browser is not supported for the Live Clock Timer, please visit the Support Center for support.
Return to previous page

Ceremonial Boomerang C1970 — Stone cut & decorated with West Kimberley ochres bound wirh actylic. Collected 1981 by Mark Norval, Derby, Kimberley.
Roy died in 2015 and was one of the most important Salt Water elders of the Bardi peoples who traditionally occupied islands and the coast north of Broome. He carried the line of Dreamtime ceremonial and Law responsibilitis from his father. One of his great hallmarks was the sacred Ilma sculptures he created from wood, string and coloured materials shaped to represent Creation subjects, stories and features of his country and in particular their connections with the sea.
This boomerang is a superb example of the sophisticated aeronautical knowledge passed down over thousands of years in relation to the precise carving of the returning boomerang. It is masterfully crafted using stone and in magnificent condition. Roy used this boomerang in important ceremonies up till the 1980’s. 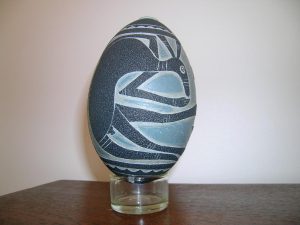 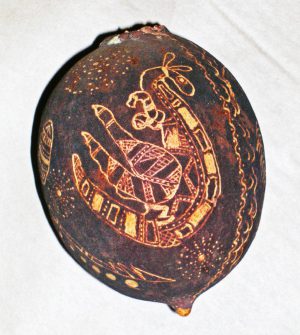 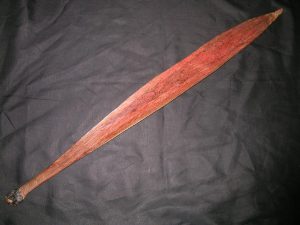 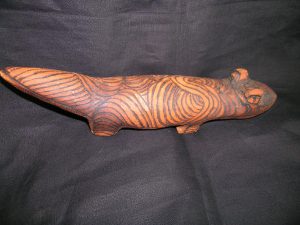 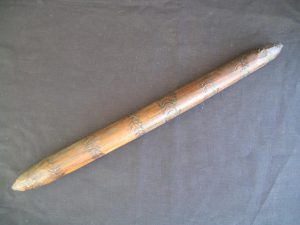 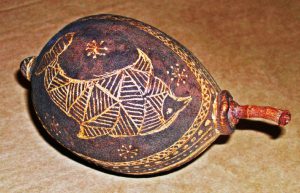 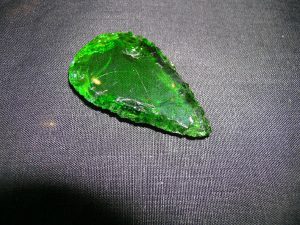 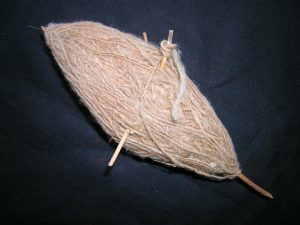 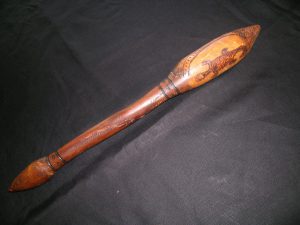